Please pray for passion, endurance, discipline, ALL MY FLIGHTS ARE ON TIME and that a BUNCH of teenagers get saved!!! #JesusSavesYall

Here’s a state of the ministry update I gave at my home church, FBC Levelland, where I’m staff Evangelist. God is doing awesome things! #JesusSavesYall 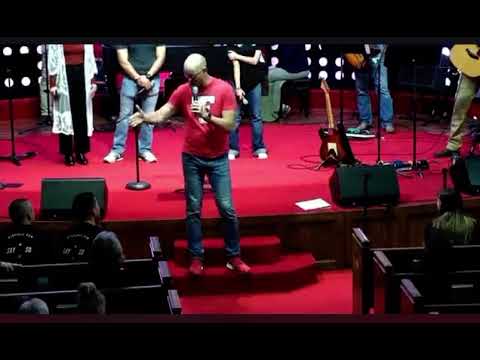 Headed out Tuesday morning for the craziest tour ever! 8 events in 33 days! It’s gonna be insane and Awesome! Can’t wait to see what God does! #YallPray

Headed out Sunday for my 25th summer tour! Sure would appreciate prayers for endurance, health, on time flights, lots of life changing decisions and a BUNCH of teenagers to get saved!
#JesusSavesYall #YallPray

I’ve been going to church camp every summer of my life since I was in 5th grade! Â And believe me, 5th grade was about a million years ago for me! Â This summer will be no different! Monday morning I kick off another crazy summer of youth camps. Â I’m so pumped to see what all God has planned and have no doubt that a bunch of teenagers are gonna get saved this summer! Â  Keep up with what’s happening by following me here and on all the social media options listed over there ——–>>>>

Keep us in prayers – pray for lost teens to be saved – hurting teens to find hope – and most of all that God would be glorified at camp this summer!!!

Youth Revivals, hmmm, does anybody really do those anymore? Do they still work? Will students really invite their friends to one? Yes, Yes, and Yes! I know in a lot of youth ministry circles the youth revival is thought of as just another dinosaur of youth ministry programming but I beg to differ. I do a ton of them and they still work. Iâ€™ve done them in the Spring, the Fall, and even the Summer. Iâ€™ve done them in big towns and small communities. Iâ€™ve done them combined with school assemblies. Iâ€™ve done them every which way you could possibly imagine. They look different than they used to, they have different names but the format is still basically the same. And believe it or not, students show up, bring their friends, people find Jesus, and lives are changed.

The normal format is Sunday morning or Sunday night through Wednesday night with camp style services each night. From there Iâ€™ve seen every variation you could possibly imagine â€“ from blow up games and mud pits to prize give-aways and Super Summer style rec to gallon challenges and, of course, Pizza. Normally, the youth minister and I hit up the school lunches and hang out with students each day. If the youth minister can get me in I do school assemblies which really provides a big boost to the attendance. All of this with the hope of creating a buzz amongst the students that something big is going on down at the church. If you can create that buzz, I promise you students will come out of the woodwork to be there! So if youâ€™re looking for a â€œnewâ€ way to reach teenagers give the youth revival a shot. They still work, theyâ€™re tons of fun, and to top it all off teenagers find Christ!

Hereâ€™s a video I put together of a youth revival I did last summer with Jeff Scott at Pioneer Drive Baptist Church in Abilene, Texas. Hopefully it will give you some ideas for your next youth revival!

I’m still trying to wrap my head around all that I saw and experienced in India.Â  It was such an amazing experience and I am so humbled to have had the opportunity to be a small part of what God is doing in such a dark place.Â  I’ve been home for a week and I’m still having trouble finding words to express what I experienced over there so I think just let pics and video speak for themselves.

put together by our fearless team leader Coby Colley:

The vision of A.S.S.I. Â – the ministry we were working with, (it stands for Asian -Hindi word-Hindi word- International) – is to plant churches without attempting to change the culture so their worshipÂ servicesÂ are like nothing I have ever seen. Â All the worship is in the languageÂ of Hindi and the style is typical Indian music. Â I couldn’t understand a word of it but Â worshipping with my Indian brothers and sisters was awesome and some of the sweetest worship experiences I have ever had! Â Here are some pics from some of the house churches we worshipped with. END_OF_DOCUMENT_TOKEN_TO_BE_REPLACED

Actually itâ€™s not 3 billion Indians, itâ€™s 1.17 billion Indians, but whoâ€™s counting. You could stand pretty much anywhere in India, take a picture in any direction, and count 500 people.Â  The state of Uttar Pradesh (where we spent most of our time) is roughly the size of Michigan and has over 166 million people in it!Â  Michigan barely has10 million people.Â  Iâ€™ve never seen so many people in all my life and God loves every one of them just as much as He loves me, yet almost none of them know it.Â  According the world countries app on my iphone: 80.5% of them are Hindu, 13.4% of them are Muslims, and only 2.3% of them are Christians. You can do the math however you want but no matter how you slice it, thatâ€™s a lot of people that donâ€™t know Jesus.Â  In fact, a bunch of them donâ€™t even know who He is!Â  This astounding number of people without Christ was more incredible to me than anything I saw or experienced in India.Â  Donâ€™t get me wrong — the poverty is unbelievable, the living conditions are shocking, and the number of homeless children is heartbreaking, but the sheer number of people who are lost is absolutely overwhelming.

This was no more apparent to me than when we were in the city of Varanassi. Varanassi is basically the Hindu center of the universe.Â  It is the holiest of holy cities for Hindus and an incredibly demonically oppressed city.Â  It is known in mission circles as the â€œgraveyard of missions.â€ because of the overwhelming Hindu devotion in the area and the many failed attempts to evangelize this city.

While in Varanassi we took a boat ride to witness the Hindu ritual of ceremonial sunrise bathing in the Ganges River. The purpose of the ritual is to offer worship and wash away sin to hopefully appease the gods and get off the cycle of reincarnation by earning a way to heaven. Hindus also wash the bodies of the deceased in this river before they are cremated and then scatter the ashes in the river.Â  Sometimes for various reasons they simply dump the body in the river. All in a vain attempt to attain salvation. It is literally heartbreaking to see people so deceived working so hard to earn the favor of a god or gods that donâ€™t exist.

Below is the video I shot of this ritual.Â  It is pretty raw and for the most part unedited but I think it captures the essence of what we witnessed that day.Â  In it you will see many statues and paintings of false gods as well as people bathing, worshipping, doing laundry, and even brushing their teeth all in the nastiest water you could ever imagine.Â  I must warn you, you will see a dead body being ceremonially washed as well as one floating in the river.Â  Itâ€™s not graphic.Â  You canâ€™t see the actual bodies because theyâ€™ve been ceremonially wrapped but youâ€™ll know what they are.Â  Check it out:

In spite of the fact that Varnassi is the holiest of holy cities for Hindus, our God is the God of this city and He is sending out workers into this plentiful harvest.Â  In fact, in the last two years 10,000 churches have been started and are thriving in this â€œgraveyard of missions.â€Â  God is at work in Varanassi and more than anything our Christian brothers and sisters there need our prayers.Â  So Iâ€™ll leave you with a prayer written for the people of Varanassi by my sister-in-law, Holly Nichols, who loves the people of India probably more than I love my own kids.

â€œI am praying with you right now that the people of India will know their God.Â  That they will exchange the lie for the truth of God and return to worship the Creator instead of the creation.Â  That the rivers and rocks and creation that they have been taught to worship will cry out beside them and join them in worshipping the Creator of all.â€